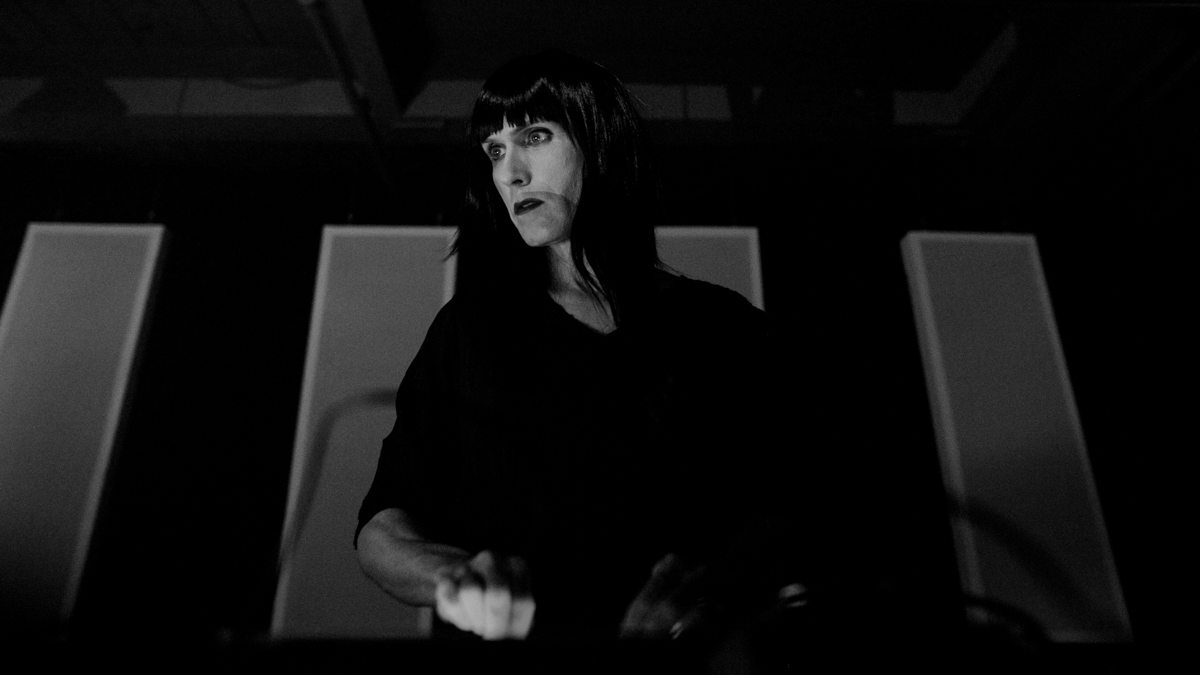 Rrose is the latest incarnation of Seth Horvitz, an inter-disciplinary artist from California (currently residing in London) whose 25+ year musical history weaves in and out of academic circles and electronic music culture. Their work is informed by ongoing interests in microtonality, the limits of perception, and the idiosyncrasies of machines, which serve to create a distinctly detailed, sensual and hallucinogenic form of techno that challenges the mind and body in equal measure. The project extends into specific pockets of the avant-garde, leading to collaborations with luminaries such as Bob Ostertag and Charlemagne Palestine and reinventions of works by 20th century composers such as James Tenney. On stage, Rrose often stands in the shadows, going by he and she interchangeably (Rrose’s name and image allude to Marcel Duchamp’s female alter-ego) – an implied interrogation of gender norms and artistry, albeit with a hint of black humour.

Prior to starting the Rrose project, Seth was active throughout the 1990s as a club and radio DJ, promoter, and producer in the San Francisco Bay Area while earning a bachelor’s degree in Cognitive Science at the University of California, Berkeley. After several years producing and touring under the name Sutekh, Seth returned to academia to earn a master’s degree in Electronic Music and Recording Media from Mills College in Oakland. Upon completion of the program in 2010, Seth began working on new material in collaboration with composer Bob Ostertag and his Buchla 200E synthesizer which would become the seed for the Rrose project.

Rrose’s first release in 2011 on Sandwell District came cloaked in mystery as to its creator, as did the string of vinyl releases that followed on her own Eaux label starting in 2012. In 2019, after releasing more than a dozen solo EPs and even more remixes, Rrose released their debut solo album “Hymn to Moisture” to wide acclaim. As a performer, Rrose is revered for both his DJ sets and live sets which are crafted like finely woven sonic tapestries. Her performances have taken place for seated audiences in historic theaters and museums as well as for sweaty dancefloors in some of the most revered nightclubs and electronic music festivals in the world, including Berghain, Unsound, Labyrinth, Movement, and Mutek. The influence of Rrose’s music on the development of contemporary techno is clear and present, and stands poised to continue well into the future.